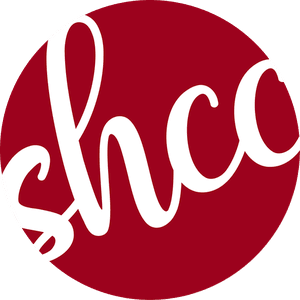 Courage for the Cross (Holy Week)

And when evening had come, since it was the day of Preparation (that, is the day before the Sabbath), Joseph of Arimathea, a respected member of the council, who was also himself looking for the kingdom of God, took courage and went to Pilate and asked for the body of Jesus.

Things are changing – immediately, though few can see the changes, and marvelously. People are not the same. One and One, at the death of the Christ…

A centurion confesses the divinity of the crucified in terms he learned in Rome, Son of God!

A disciple still lingers near the cross to mourn her master, she herself changed only to a deeper sorrow, but she’s a sign of how swiftly the word goes forth, how suddenly the radical effect of the Christ begins, because she, with the women, is still on Golgotha when Joseph returns for the corpse.

Joseph gets there before sundown.

But by sundown, Joseph of Arimathea is not as he has bee. He has just negotiated a most complex and audacious request of Pontius Pilate, and he’s changed.

One at a time, a the death of the Christ –

Here is a respected member of the council, a man who was never a maverick. His reputation’s solid. He has been looking for the kingdom of God, the right spirit of righteous people who delight in the Law. Bt suddenly he wants to act like Family to the executed criminal! He wants the body! Who cares to bury the bodies of those utterly outcast from society? Only kin. What, is Joseph suddenly some sort of kin? He’s changing.

And more than mere courtesy, his request is an act of personal courage. First, he will raise grave doubts in the whole Sanhedrin regarding himself: our brother Joseph, “He who is not with us –“ and so forth.

Second, he risks the governor’s flat denial, and then what shall he have gained? On principle Rome refuses burial to those executed for high treason. And high treason’s precisely the charge the council chose to pin on Jesus, according to which Pilate granted the sentence of death. (Unless Joseph perceives in Pilate some other, softer attitude toward the deceased: pity? Guilt? Regret? In which case he might break custom and release the body; in which case, how many are changing, and who, after all? – and so forth.)

Third, more than denial, he risks the wrath of the Roman. This is the second request in a single day from someone in the council. The first was granted against the governor’s will, forced by a roaring multitude; and Joseph would consider that first request – as long as he want to stay in good standing with the council – the primary one: capital punishment. Crucifixion. Kill the criminal! Pilate was backed into a corner. Surely to switch feelings for Jesus, suddenly to desire the kind thing for him, risks the fury that Pilate could not have expressed before.

Joseph of Arimathea – he’ acting like a maverick! A very bold maverick! He’s walking away from the mind, the embrace, the identity, power, position, and comfort of the council. He’s changing!

Somebody mutters: “No, he wants that body underground because a corpse uncovered on the Sabbath offends the Law” – meaning, he isn’t changing at all, and so forth. But if Joseph were only concerned for the Sabbath bans (and not for Jesus particularly) he’d leave well enough alone. He’d leave corpses on crosses and councils quite satisfied and angry Romans to their emotions.

But he enters the palace in spite of the risk. All by himself. He asks for the very body which the council despised and rejected not half a day ago, mocked, reviled, misused, and murdered: That one, yes. Yes, he is dead. Jesus of Nazareth. That one. Him.

Joseph is not the same. There is some new seeing in this kingdom seeker. A veil’s been torn, a wall breached, a window opened. Perhaps he’s bold because he hopes. Perhaps he hopes because he’s seen a more permanent splendor than ever before, the glory of the Lord.

Things are changing: it has an immediate, marvelous power, the glory of the Lord. 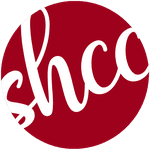